The Irony of the S&P Downgrade

At Columbia last year I took a class called “Modern Political Economy” from Ray Horton. One of Horton’s favorite things to say was that sooner or later, if the U.S. didn’t solve its debt issues through the political process, the world’s capitalists would do it for us — as in the debt markets would punish us for our profligate ways, and raise the cost of borrowing. 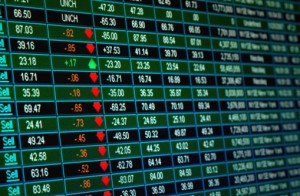 And yet, here we are: a ratings agency has downgraded our credit for the first time ever. But on the first day of trading, rather than going up, rates on our government debt fell to near record lows as money poured out of riskier assets in a flight for safety. When the markets closed last Friday, and the U.S. still had a AAA rating from S&P, the yield on the 10-year Treasury was 2.55%. It ended Monday down to 2.34%. The same thing happened during the stock market sell-off in the fall of 2008, when the rate on the 10-year Treasury went from around 4% to less than 2.5%. U.S. government debt is still the safest, most liquid market in the world. The S&P downgrade doesn’t change that. In fact, the immediate effect has been to make it safer. How strange.

Also worth noting, as Nate Silver pointed out on Twitter Monday afternoon, is that prices on U.S. credit default swaps barely budged on Monday, up just .3%. A credit default swap is essentially an insurance contract to protect against a company or a nation defaulting on its debt. If the market truly believed S&P’s downgrade was deserved, prices for CDS contracts on U.S. debt would have gone up significantly yesterday.

Finally, a quote in a Reuters story from a credit analyst caught my eye:

“The CDS market has been pricing the U.S. credit as an AA credit for some time,” said Otis Casey, director of credit research at Markit in New York.

U.S. CDS had traded below 2 basis points until late 2007, when concerns about the need for government spending to bail out financial institutions began. Fears over the rising debt burdens of governments have increased since this time.

“There is not a concept anymore of a risk-free rate,” Casey added.

I find this silly. U.S. T-bonds and bills have been a proxy for the risk-free rate for decades. Without a risk-free rate, modern finance essentially falls apart, since it is the building block of most financial models. People use it for determining everything from the value of a company, to the price of an option or a bond.

Of course, the very concept of a risk-free rate has always been relative. It assumes a zero chance of default. If you want to get technical, there isn’t a zero chance of anything really. But still, as the market proved on Monday, U.S. treasuries are still the least risky place to put your money in the whole world. So there you go: AA is the new AAA. Proceed.

"I find this silly. U.S. T-bonds and bills have been a proxy for the risk-free rate for decades. "

illuminating. Pointing out the risk is non-zero is not just being technical, it is being honest and realistic. The quants ignoring/rounding off negative outcome low probability events is part of what got us into this mess in the first place.

Particularly when you are talking about things like insurance contracts pretending that "some number very close to zero" is EQUAL to "zero" is the height of foolishness and a good way to ensure you eventually lose everything.

On another note just because people cannot think of a better place to hide their money than gold and treasuries does not mean those are good or safe investments.

Hmm. At the risk of making the obvious apparent, seems you made Mr. Northey's point for him. Guess it's you who should try again.

The way someone explained it to me was: It’s not that the chance of a US default was zero, but that the only circumstances that would make a US default likely were so horrific that it’s not even worth thinking about. If the financial situation were so bad that T-bills became worthless, then everything else will have become worthless long before. Everything except for food and bullets maybe.

Maybe, maybe not. I think a situation where the US descends into civil war, or massive civil disorder and is unable to raise the taxes to service its debts while the rest of the world does relatively ok is at least non-zero. In which case investing in other countries might be perfectly safe.

Yes the US is probably still one of the the safest debtors, but I don't think a US default necessitates global apocalypse like people think it does.

1) the US won't ever default bc it can always print money. Done.
2) the reason treasuries rallied is bc there is simply no where else to park you money. It's a supply issue. There is an extremely large amount of invested money out there and very few flight-to-quality investments. Gold? Sure, but you earn no interest. Euro debt? Please. The stock market dropped ~ 600pts as funds moved from equities to US debt, but not bc US debt is a good investment, bc the market is pricing in lower earnings from stocks, meaning they'll be cheaper later. So sell stocks now, move to T-bills and check back later.

Does this make US debt risk a Giffen Good?

I thought it was now well established that current financial models are inadequate. Many professionals may continue to use them but empirical evidence is strong that the behaviour of many actors is inconsistent with the assumptions underlying the models.

I am not surprised by the response of the US bond market to the S&P downgrade. The short term response is much less important than the longer term outcome.

Modern finance has fallen apart - it has no idea how to price risk. Hadn't you noticed?

Slightly more seriously, one interpretation of this story would be that investors are making their own judgments, independent of ratings agencies. Given the agencies' performance in the subprime crisis, that's probably no bad thing.

Did we not learn, in the process of tracing the causes of the 2008 financial mess, that S&P do not do a good job of accurately accessing risk? Should it not be surprising that the market has a better idea how risky US treasury notes are than S&P?

An aspect jumping to treasuries may be Pavlovian conditioning, 'cause Ts are the traditional and most reliable past shelter for many decades. Fear triggers automatic, conditioned responses toward traditional safety. In North America, aquatic frogs typically respond to danger by jumping into water, 'caus threats usually come from land. In South America they jump to land, 'cause most threats usually come from water. With atypical and confusing events, misinformed, conditioned flight can place all three where hindsight shows was a mistake.

For emerging markets, after a period of short-term volatility, it will be business as usual. China will complain loudly as the downgrade bolsters its case for more stringent debt management in the United States. These complaints will lack teeth, as China will need to maintain and add to its US Treasury portfolio to protect the asset from painful devaluation. A large sale of US government debt by China would be far more impactful to markets than the revised credit rating from S&P.

Other emerging markets stand to gain from this decision. They will lobby the ratings agencies for higher credit ratings based on improved debt management processes and lower debt ratios. The ratings agencies will have to react in favor of the emerging markets issuers, or risk losing their own credibility. In the years to come, the decision to downgrade the US (and possibly France, Germany, UK, Australia and other debt-laden markets) will benefit emerging markets as higher ratings will result in lower interest rates and more liquidity for them. Having access to capital markets on these terms will be one of the most important steps in graduating emerging markets to emerged markets.
http://blog.frontierstrategygroup.com/2011/08/impact-of-us-debt-downgrade-on-emerging-markets/

All we need to do is like the good-old Eisenhower days when tax on income could go as high as 90% or more.

«In fact, the immediate effect has been to make it safer. »

You confuse the concept of price (interest rate) with risk. Sure, the interest rate is an amazingly accurate proxy for risk, but it is also subject to the laws of supply and demand.

In this instance (as you yourself observed), a fall in interest rates does not mean investors consider T-Bills safer. It means demand for T-Bills went up.

It is telling the you chose to ignore T-Bills with maturities of less than 10 years.

"I too would like to see an actual, real world example of the number problem that fooled the best and brightest on Wall Street."